Describing the Change in the Learning Environment

Students and Staff were asked a number of survey questions about the changes that they had noticed or had taken part in making within their classroom learning environment.  They were asked to consider how the learning spaces made them feel and what they felt they could do more of or do better than before they began to re-invision their space.  The Wordle image represents the descriptors that were mentioned the most often.  The language results were included by a minimum of 10% of staff and students.

The school staff were excited to see that many of our intentions for our renewed learning spaces were being met and that students were intentifying those objectives. 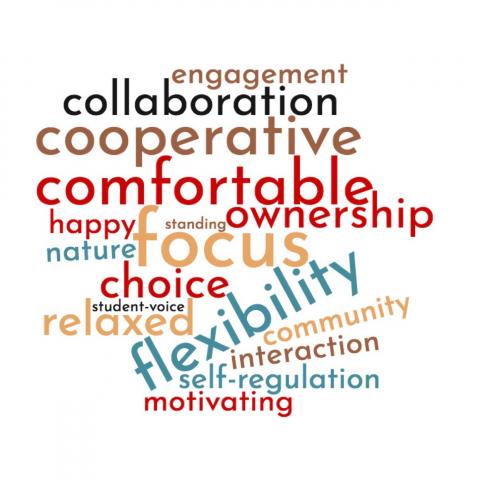